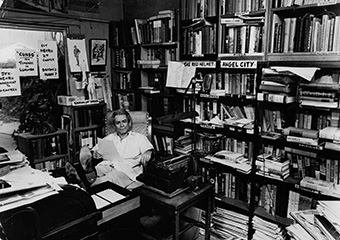 The film celebrates the independent spirit of a true American maverick whose unique output broke new ground in journalism, filmmaking, storytelling and even service to his country. The story takes us through highlights of Samuel Fuller’s unconventional and adventurous life spanning a century of American history, a great man’s great yarn, a love song to democracy, and a hymn to independence, originality, and endurance. Adapted from Sam Fuller’s award-winning autobiography, A Third Face, the film consists of twelve segments, each of which features an admirer of Sam’s dramatizing their interpretation of Sam’s memoirs Samantha Fuller