A NIGHTMARE ON ELM STREET (RETRO) 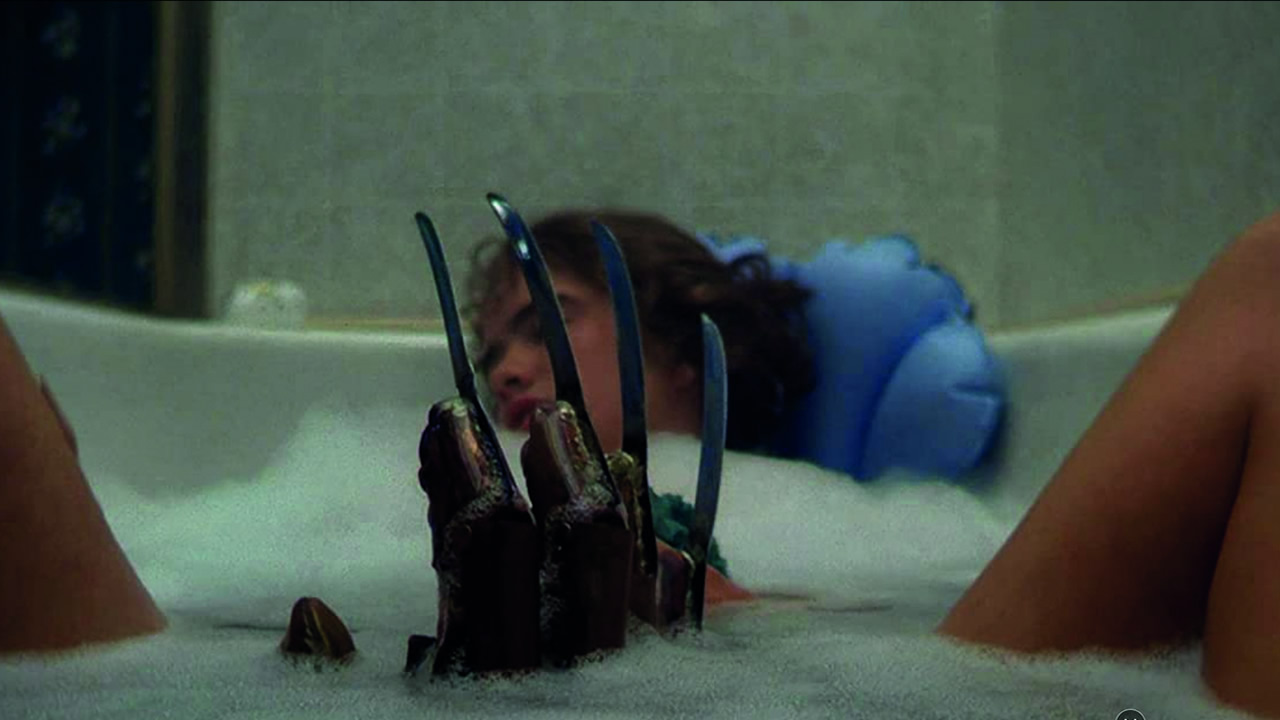 Nancy Thomas, a typical middle-class American kid and a good student, grows up in a neat, respectable American suburb. Her idyllic life is disrupted abruptly by the onset of a series of horrific nightmares – gruesome dreams in which she is stalked by a brutal, cold-blooded killer. It soon becomes apparent that her friends are also being wrenched from sleep at night by ghastly screams, waking drenched in sweat. All of them are plagued by the same hallucination and pursued by the same grim madman. Then, one of her friends is murdered in her sleep. The police suspect the girl’s boyfriend, but Nancy has a far more horrifying suspicion. She fears that the dividing line between fantasy and reality is slowly eroding, generating the night-time monsters that haunt her subconscious.

Systematically, more of her friends are murdered in their sleep. Nancy believes she can survive only by staying awake. Her family fears that Nancy is slowly losing her mind, but she fights off all the adults’ well-intentioned attempts to get her to sleep with sleeping pills, warm baths, hot milk and soothing lies. Eventually, however, she accepts the fact that she can no longer fight her exhaustion and must face a struggle to the death in her terrifying nightmares. She defies her pursuer and, in the process, discovers the dark secret of Elm Street: the terrible events that triggered the nightmare.