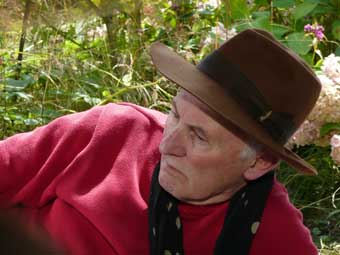 The director Andi Niessner was production manager for Achternbusch’s last two feature films in 1996 and 1998. In conversation, Niessner manages to present the universal artist in a previously unknown closeness and directness: Achternbusch talks about his parents, his childhood in Lower Bavaria and Munich, as well as his early stages as a writer and filmmaker. We experience who and what influenced him, the state of his relationship to Bavaria, to what extent his attitude toward the church has changed, and what his life looks like today.