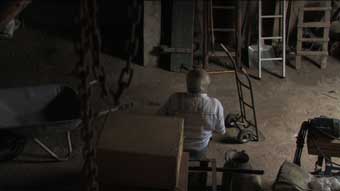 The unusual symbiosis of two brothers in the stalemate of time. Fritz and Heiner live together on an old farm in Upper Franconia. They never parted to go their separate ways. Fritz, a retired police officer, takes care of the household duties. Heiner, the farmer and heir of the farm, contemplates the past. Contradicting in their views yet dependent on one another, they live in consistent silence. But things used to be different.