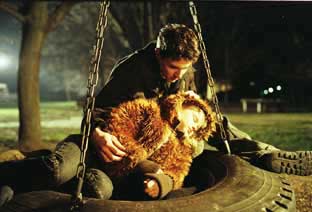 One Friday in February. A house like any other in this town. Practically everybody leads this kind of life, behind façades. Just like 17-year-old Rico, his 7-year-old sister, Loui, his mother, Helena, and her partner, Gerd. On this Friday in February, each of them will get into a situation in which they reach breaking point, torn by their own desires and fears, their own rage and loneliness. For each of them, this day at first seems to escalate into hopelessness. None the less, in the end a moment of hope and mutual recognition presents itself.