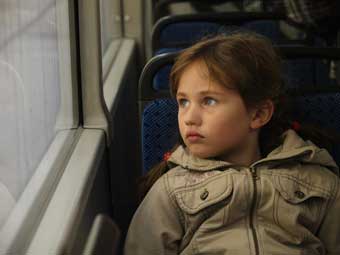 After a terrible fight with her mother six-year-old Clara decides to go to her father’s place. But she falls asleep in the bus, gets lost and finally ends up with the Wagner family in a suburban housing scheme. When Julia Wagner, by chance, discovers a bruise on the girl’s upper body, she is convinced that she has to act.