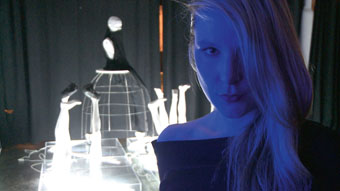 Amélie Jäger spent a long time in a convent, but was also an intern to Wolfgang Joop and Marc Jacobs and is taking her first career steps as a fashion designer.

THIS WORLD, THEN THE FIREWORKSEIN VATER STIRBT