APRÈS MAI – SOMETHING IN THE AIR 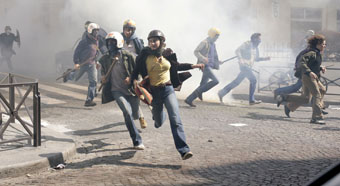 Paris in the early 1970s. Gilles, a young student, is swept along by the politically charged and creative emerging spirit of optimism of the times. Like his friends, he is torn between his radical convictions and his personal dreams. While Gilles and his friends engage in their first romantic experiences and discover the world of art, their trip takes them to Italy and London. These are turbulent times in which everyone has to make clear decisions for themselves in order to find their place in the world.