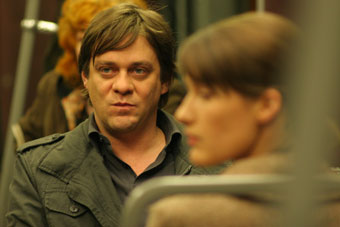 Store detective Rolf Neuhaus is always above board and officious. He lives for his job. Secretly, he’s in love with Sarah, an employee in the store’s bookshop, and regularly watches her on the in-house video system. One evening, waiting for her on the train, Sarah gets on with another man. When his suspected rival is mugged, Rolf doesn’t intervene but rather gets off the train – only to discover the next day that the attack was fatal. Faced with his feelings of guilt for not having intervened, his whole life is thrown out of kilter. But Sarah, too, feels guilty …