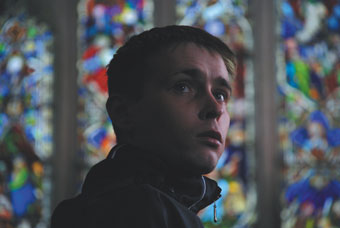 Gail’s agoraphobia keeps her inside where she escapes into romance novels. She shares a house with her grandmother, who recently returned from the hospital. Gradually, they both try to reach out to each other to break their isolation. Rob plunges further into his addiction as a way of numbing his heartbreak over the death of his girlfriend. In his stupor, he dreams of embracing her again. Mr. & Mrs. Gladwin are going through a shift in their 60-year relationship. Years of resentment and unspoken truths have built a barrier between them, which Mrs. Gladwin, in her abiding love, tries to erode in little gestures.