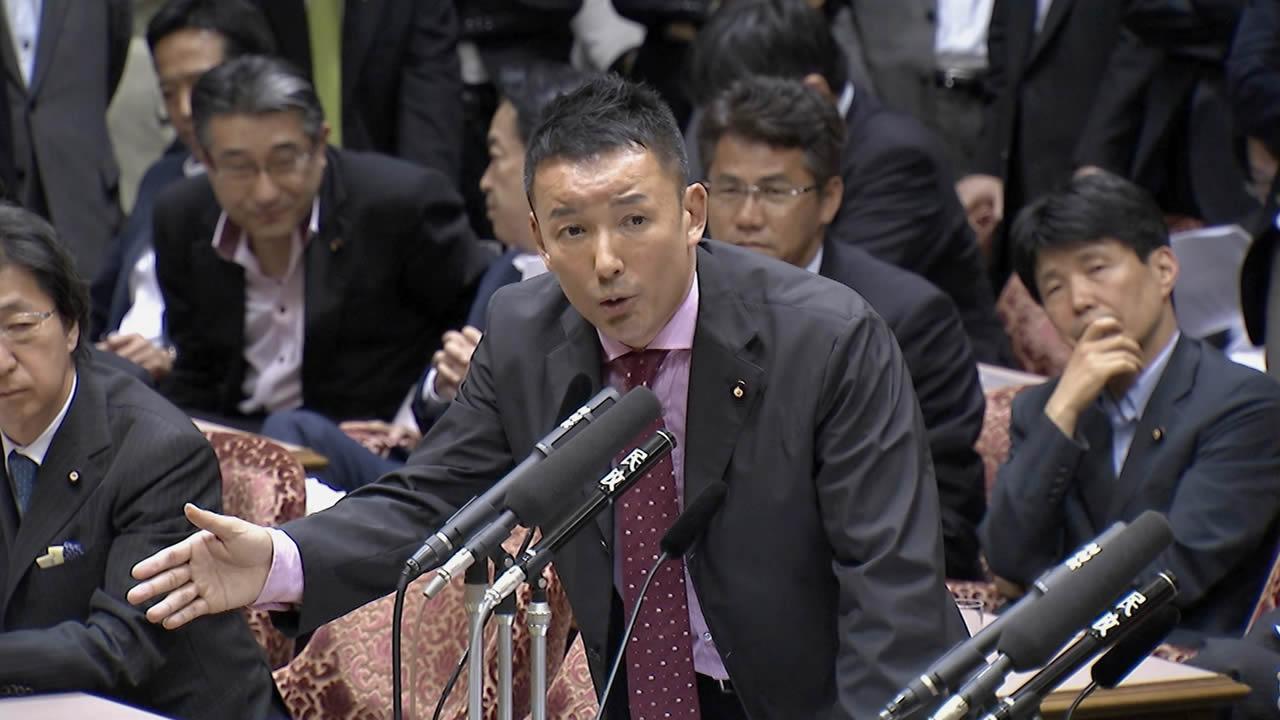 If Taro Yamamoto can suddenly wake up to the situation, so can others too! Taro was an actor and well known for his appearances in television talkshows. He led an easy life and was an enthusiastic surf fan. Until the day in March 2011 when the tsunami woke him up. He opened his eyes and saw that his country was on its way to a full frontal collision. So he started a campaign against the nuclear power industry and, as a result, was fired from the studios who had him under contract.

With 666,000 votes, he was elected as a senator. But once he was in the Senate, it became clear to him that nothing was being done for the victims of Fukushima, so he wrote a letter to the Emperor. A huge scandal! This is forbidden in Japan! He even received death threats. But Taro cannot be stopped and stands up for the rights of the workers and students. In 2015, the Abe government violate the Constitution in an attempt to re-arm the country, something which had been prohibited for 70 years. The fight for Fukushima is yet to be won, but Taro feels obliged to prevent his country from starting a war …