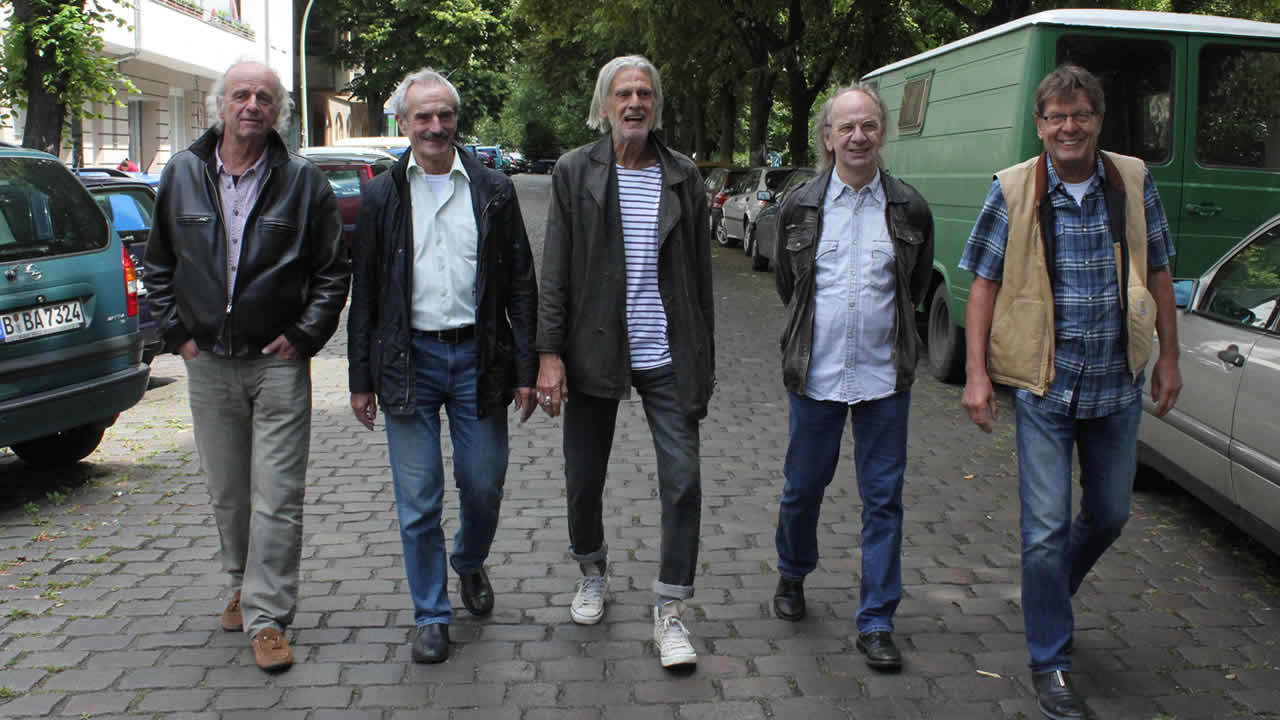 “Are you Beatles or Stones?” – that was the decisive question. Atze, Henne, Henny, Lutze and Wolle looked liked the Beatles and felt like the Stones – at least sometimes. Five guys from Berlin – with the world at their feet. Children of the Economic Miracle: Peace, freedom, football. Childhood in the post-war years – and a youth in the wild 60s. Everything was new, the music, the country – and their parents’ first car. They all remained friends, even though some of them later on moved to Munich. And today they are retired buddies.

Five guys who tell how it all began, how things developed and became the way they are. Normal people on their journey through life. Contemporaries of the country in which they were born. The filmmaker Wolfang “Wolle” Ettlich is one of these five friends and, with this film, portrays the images of a generation.