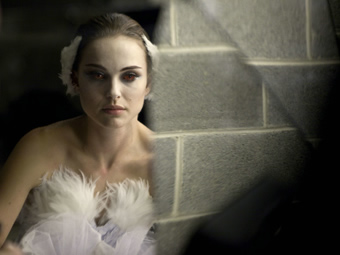 The ambitious ballerina Nina gets the double-role of her life: in Swan Lake she is to play the innocent white and the demonic black swan. She fits the role of the White Swan perfectly, but in order to play its opposite, she has to learn to let go and get in touch with her dark side. Driven by the charismatic ballet director Thomas Leroy, she desperately tries to overcome her blockade. But her new, attractive colleague Lily seems to have everything that Nina is lacking to play the role. Is there a chance that she could lose the part to Lily? Nina’s desperation grows and she initiates a freeing but also self-destructive process where the boundaries between illusion and reality become distorted. But in spite of all danger, she pushes forward in her preparations for the premiere – for only one thing is of importance to her: perfection.