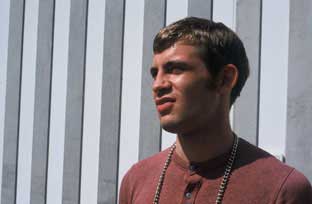 21-year-old Silvio is doing time in a borstal in Brandenburg. By mishap, he is released in Ronny’s, another inmate’s stead. Taking advantage of the situation, Silvio escapes. But once outside, he’s at a loss what to do with this unexpected freedom. He wanders around, looking up his girl-friend, kidnapping a woman driver and eventually chancing upon Ronny who, now also released, has an account to settle with him.