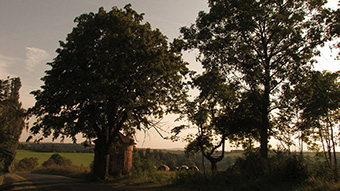 The documentary film divests German-Czech relations of their mutual lack of understanding, but also of the sediments of this disillusionment. The conversations of contemporary witnesses take place in various locations, above all in border communities where Germans used to live. A key sequence of the film reminds us of the director Samuel Fuller, who as a young GI was involved in the liberation of Falkenau and documented the horrors in the concentration camp there.

Another sequence gives insights into the community Roßbach/Hranice in the Ascher region where during the totalitarian Czechoslovakian regime the closely-guarded Iron Curtain was. The mosaic of history is framed with picturesque landscapes and owes its unique character to the memoirs of the Prague-based writer Lenka Reinerová.