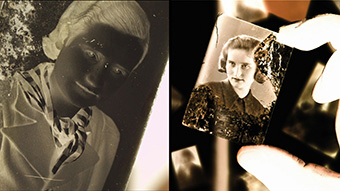 Why do normal people become mass murderers? Why do decent family fathers kill women, children and babies on a daily basis?

From 1941, some two million Jewish civilians were publicly murdered with shotguns and pistols by so-called task forces. We hear the perpetrators’ thoughts as they wrote them down in letters and diaries, we hear what they said in court, we look right into their young faces.

Supplemented by the statements of renowned historians like Christopher Browning and the surprising results of psychological experiments, this non-fiction drama leads us to the “ultimate bad”: a blueprint of genocide.