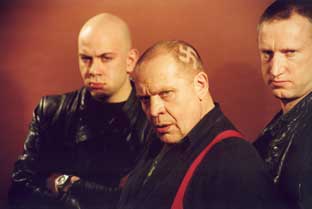 Having left Los Angeles many years ago, the famous German conductor Valentin returns to meet up with his ex-wife, Anna, and his son, Stefan, now grown-up. Soon he discovers that Stefan has fallen under the sway of a charismatic judge and his Neonazi-friends. And Stefan’s more deeply involved than Anna hinted at in her letter to Valentin: he and his friends regularly break into the residences of Hollywood VIPs and leave threatening messages behind. They not even shy away from kidnapping.

Intent on opening his son’s eyes, Valentin pretends he is one of them, one of Stefan’s crowd. But then his rescue operation provokes more and more violence …