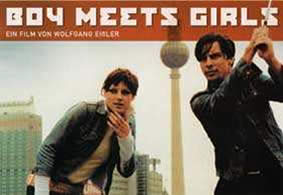 Tom dates Ara. But Ara cheats on him. So Tom decides to live on his own for a while. Go through life, through Berlin on his own. Still, Tom feels lonely. Something’s missing. What are friends there for? But they’re not what they used to be, either … So Tom comes to the conclusion: what he needs is a woman! Easier said than done …