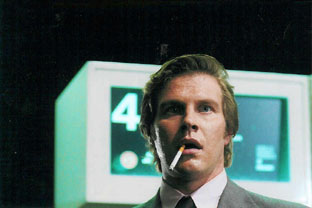 Two young people – “Tiger” and “Schnullerkatze” – find each other more or less by chance in the metropolitan capital, Berlin, and set about making it big – without working, however, because according to Hannes, the roads are paved with money, you just have to pick it up. And so the two of them drive out of Berlin in a stolen saloon …