CONFESSIONS OF A HEADHUNTER 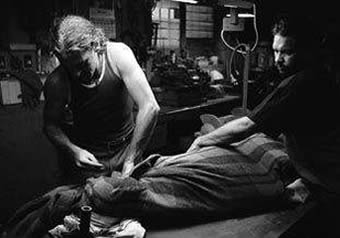 Frank and Vinnie are modern day head hunters who have been on an Australia-wide rampage. They have taken trophies from every state in a seemingly erratic way. But there is method in their madness. They don’t just want any heads – they want famous heads, heads of value and heads that will stop the nation in its tracks. When the police finally capture Frank by default, we hear … Confessions of a Headhunter.