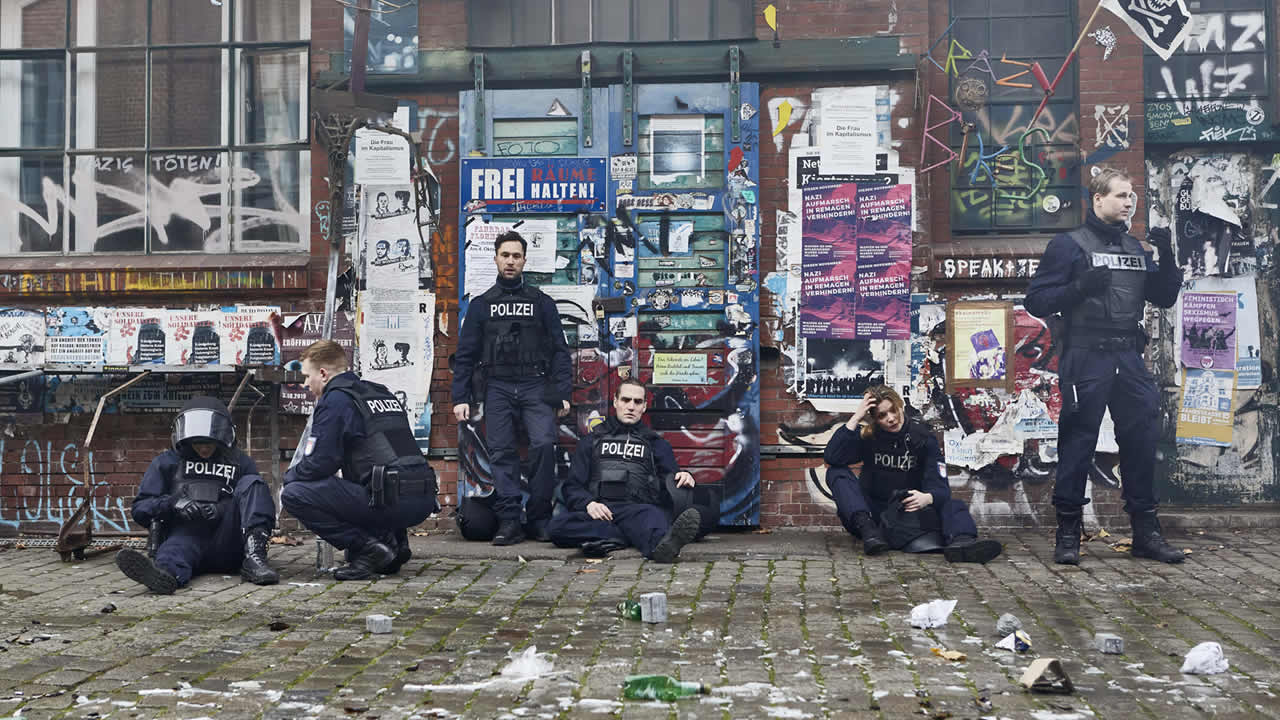 After her training at the police academy, Laura (24) begins her service with the Hamburg riot police. Everyday life in the hot spots of a divided, disinhibited society does not leave the young police officers unscathed. The stressful images of the day and the boredom between the missions are cured with alcohol together with their colleagues. As Laura’s group becomes increasingly radicalized in its approach to drug dealers and leftists, Laura finds that she genuinely enjoys the power of the uniform, the thrill and the adventure. Until she and her group make a momentous mistake in the field and Laura must decide what kind of police officer she really wants to be.