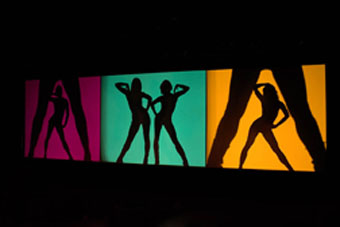 The legendary Parisian cabaret club “Crazy Horse”, founded in 1951 by Alain Bernardin, has over the years become the Parisian nightlife “must” for all visitors, ranking alongside the Eiffel tower and the Louvre. The film follows the rehearsals and performances for a new show, “Desir”, staged by Philippe Découflé, a celebrated French choreographer, as well as the backstage preparations of the dancers (make-up and costume fittings) and also the various issues involved in the planning of the show and the club’s administration.