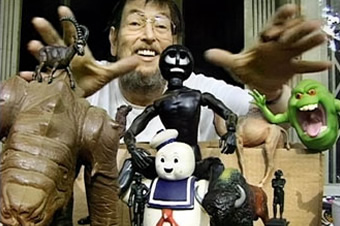 The film is a portrait of the filmmaker Ulrich Schamoni, who died in 1998, and is based on his film diaries. Already terminally ill with leukemia, Urlich Schamoni filmed his own life, up until just a few days prior to his death in March 1998. 170 hours of film material were generated on Mini DV, unedited and unprocessed.

In combination with excerpts from his works and biographical documents, director Ulrike Schamoni and editor Grete Jentzen created a 92-minute documentary with the goal of preserving the legacy of a great filmmaker. His farewell is a strong and moving chronicle which, despite illness, depicts the director’s vitality and lust for life. The film reveals an unsparing view of a person who confronted the challenge and tragedy of his terminal illness with creativity and his own laconic humor.

The film diary and Ulrich Schamoni’s films are very closely intertwined. He shot three of his features in his own house in Berlin-Grunewald, often acting as his own leading actor. The film diary is almost an actual continuation of his film CHAPEAU CLAQUE (from 1974 with Rolf Zacher, Karl Dall, and others).