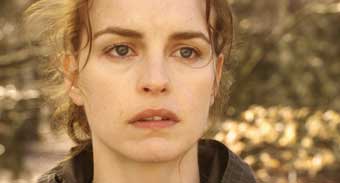 A husband, a wife, two kids: a family. Thomas is a musician, Marie was a musician, too, before she had the children. One morning, Thomas cycles off to work and forgets his violin at home. Marie cycles after him to bring him his instrument. And finds out that, not far from their place, there’s another house where Thomas has another family, another wife, another son. Marie’s world falls apart. She tries to confront Thomas and follows him all the way to his concert late at night at a fancy dress party in a crumbling castle. Slowly she begins to grasp her husband’s secret. And as gradually her life falls to pieces, she senses an urge for liberation …