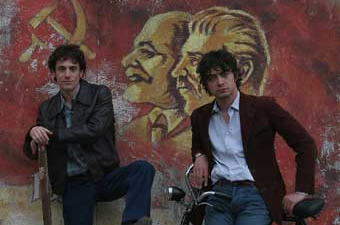 Two brothers as different as the come – a charismatic beau and a born rebel -, fight with opposite political positions for a woman. Accio, “narky bastard”, is the younger of the two – and objects to everything on principle. When his elder brother, Manrico, becomes an admired labour leader, Accio, to his family’s horror, turns himself into a fascist and picks brawls at every corner. In reality, though, he’s quite shy. And then he falls for Manrico’s beautiful new girlfriend, Francesca, and starts questioning his political friends – while Manrico becomes more and more fanatic …