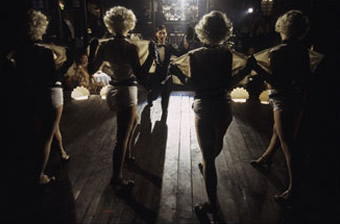 The film tells the story of the Golden Twenties´ last night. In search of perfect beauty, a young painter discovers it in the music hall “Der Blaue Affe”. She´s a singer and goes by the name of Marie. And tonight, on Wall Street Crash Friday, she´ll be appearing on stage for the last time.