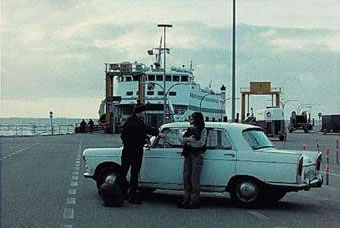 Winter in Northern Germany. It´s Tobias birthday and he’s very disappointed about his mother’s gift: a woolen hat. Skinhead Haske decides to get out of his gang and takes flight. But his car crashes into a river. At a busstop, he meets Tobias, who offers him his hat.

A car stops. It´s Kyalja, on her way to the bank. She needs money for her husband’s cancer therapy, but the bank refuses to give her a loan. For doing Haske a favour, he gives her the woolen hat. And in the end, Haske starts a new life, Kyalja gets some money, and Tobias gets a slap in the face.