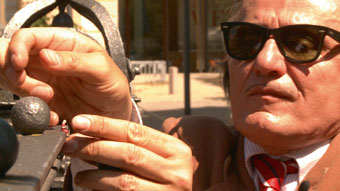 He wasn’t successful as an artist, then he had the idea of calling himself Count Lo von Blickensdorf. As a “fake Count”, he writes cake reviews on the Internet and hides miniature plastic people at secret places in Berlin.