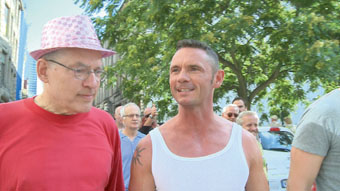 David Berger was a conservative Catholic until he had his coming out a year ago. He lost his job as a religion teacher in Cologne. In his revealing book Der heilige Schein he sheds light on the hidden lives of homosexual clergymen in the Catholic Church and the Vatican.