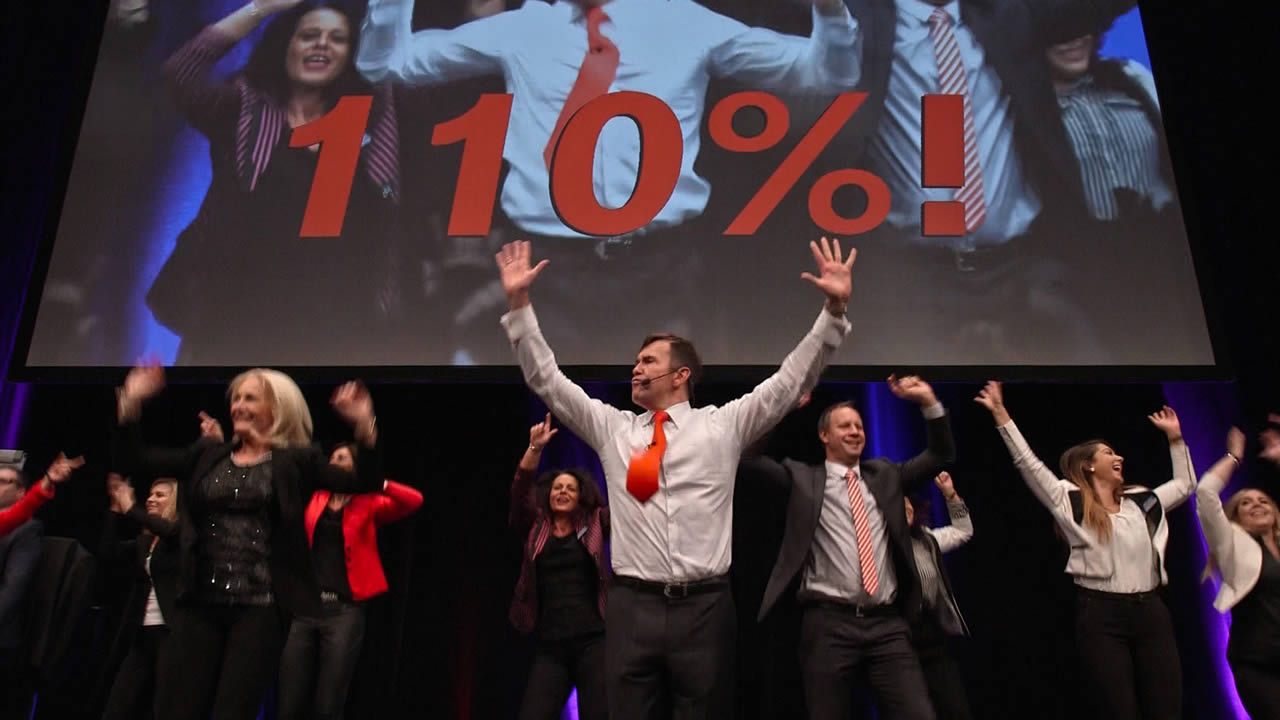 Jürgen Holler was the “star among the motivational trainers” (ARD Tagesschau), the “motivational pope” (BILD) of the 90s. Then he was sentenced for tax evasion and landed in prison. But now, once again, he is filling event halls – and wants to be bigger than ever before. When Höller was released from prison in 2004, his career was considered to be over and down with. But step for step, almost completely overlooked by the media, Höller fought his way back to the top, and in the meantime people come out in the thousands to attend his seminars. Housewives, managers, high-school graduates, and craftsmen – they all want to find out from Höller how to get ahead in life.

In the year 2017, self-optimization is still a seminal topic – and a lucrative business: Holler charges about 2,000 euros for a weekend seminar. His company reports double-digit growth rates and employs a staff of 70. Höller is back. And his next step: global expansion. The film accompanies Jürgen Holler and his co-trainer Mike Dierssen on a seminar tour through German event halls and observes a world which has subjected itself to the motto, “make the best of yourself”. The camera is on hand when Höller teaches the participants mental techniques and has them repeat mantras like “I love myself” and “I attract money like a magnet”. Meanwhile, Dierssen sends participants over burning coals like a conveyor belt.