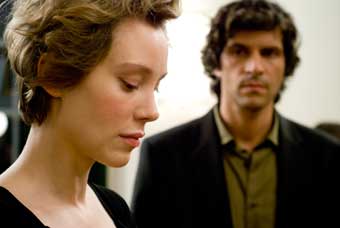 Helene, mother of two, will not be discouraged. Everyone tells her that her husband Robert, who has been missing since a maritime disaster, is dead. But his body was never found. And Helene is certain that Robert is still alive and will return. And sure enough, one day there he is, right in front of her at a concert. A tightrope walk between reality and illusion begins for Helene.