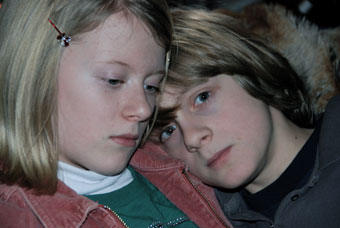 The story of a child growing up in a lower-class family. Both parents are unemployed and trapped in the vicious cycle of alcohol, day jobs, trips to the authorities, domestic violence and social marginalization. Their never-ending attempts to break out of this cycle fail time and time again due to prejudices, bureaucratic hurdles and their own inability to deal with their problems.

The mother’s alcoholism lands her in a psychiatric ward and the father, unable to raise his own child, commits suicide. The young boy tries to cover up his father’s death to avoid being sent to an orphanage and lives in the house with his father’s dead body for two weeks. But the more time and space Jacob has to behave freely, the more he starts to develop features he disliked in his father and treats his surroundings the same way. Not only the constant confrontation with the continuously disintegrating corpse of his father, but also the social interactions with his girlfriend, his grandmother, his teacher and the neighbor bring the boy close to his psychic and physical limits.