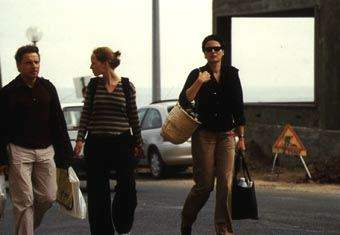 For 15 years now, the parents have been leading an underground existence, hiding among the anonymous tourists on the beaches of Portugal. They had broken a taboo: They had conceived a daughter. A girl who has never swapped clothes with her best friend, never skipped classes in school, never broke with her boyfriend in ice-cream parlours. A girl who was alone.