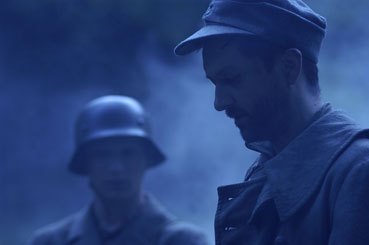 Germany, 1945. An American B-17 crashes behind the enemy lines. Gunner David Feingold and navigator Ben Rayment parachute to safety. Fleeing from the German forces, they seek shelter in an abandoned farmhouse. When Ben explores the house, he is surprised by a German deserter, Anton Kreetz. Hate, distrust and the will to survive the last days of the war put the relationship of the three men to a sore test.