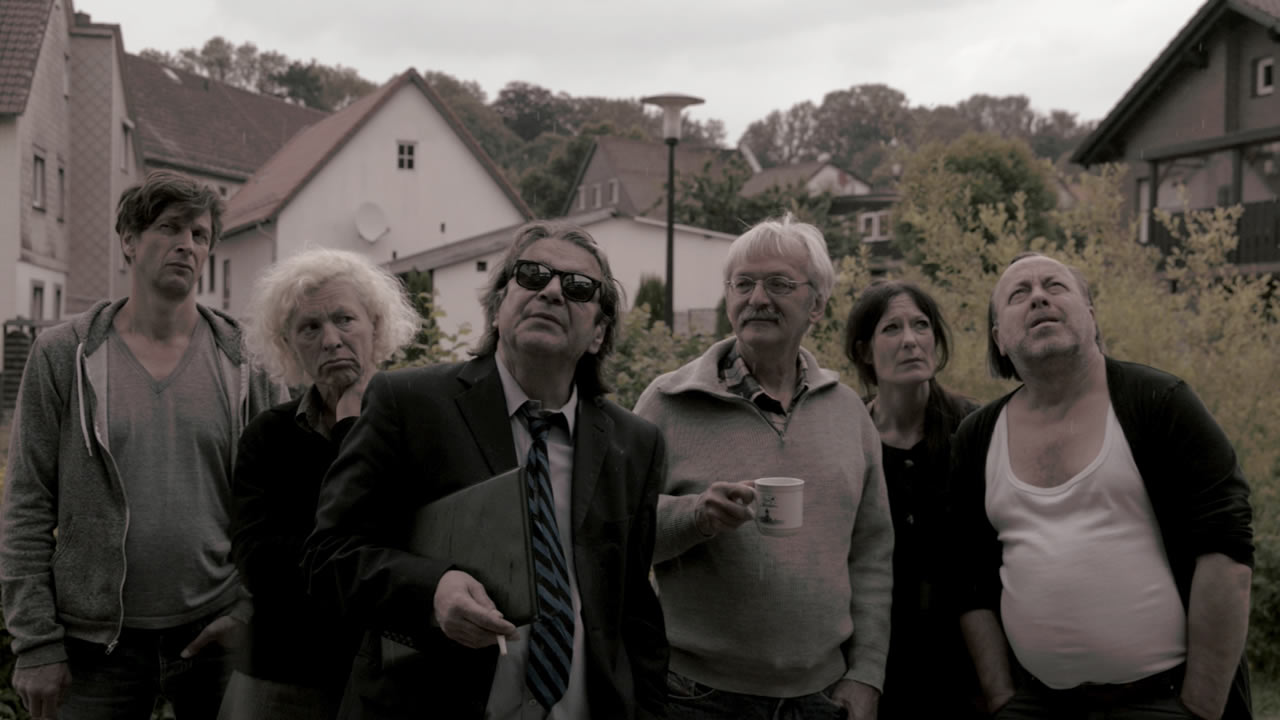 After family patriarch Horst Dingen has passed away, his children Jörg, Fred, Christine and Sybille meet in their hometown Windhausen to organize their father’s funeral with their brother Didi, a melancholic youth football trainer and the only one of the five siblings who stayed in Windhausen, and to split up the inheritance: a dilapidated old building which houses an abandoned pub in a village so desolate the only thing you can really do is flee.

When Olaf, Sybille’s violent husband, comes to pick her up, Didi accidentally kills him with the symbol of his own greatest success: a football trophy from 1993. While the brothers chop up the dead body and hide it in manure barrels, Christine and Sybille wipe up the blood in the pub, but are observed by Stefan Holms. When he confronts them, they claim to be cleaning the pub for its re-opening. In order not to blow their cover, the siblings do in fact re-open the pub for a few days. Old childhood wounds resurface, but the lightness of the past also shines through. Until they realize that the overstrained notion of “home” is actually the place that one should leave as soon as possible.