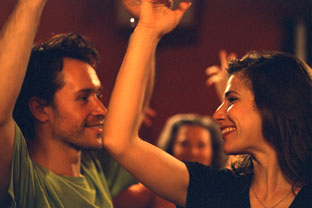 On the spur of the moment, two young men who barely know each other set off in an ancient Mercedes on a trip from Hamburg to the North Cape. Now they have to make their way back home, 3560 km through Norway and Finland via Helsinki to Hamburg. Joachim and Franco are as different as chalk and cheese, but they’ll have to bear with each other during the endless rides through never-changing forests, seductive encounters with reindeer and other strange beings, but also in phases when their love of adventure gives way to the blues and the alcohol level rises …

At the journey’s end, the two men will have learnt a lot about themselves and will have come to appreciate each other, even if they will go their separate ways as casually as they met.