EGON SCHIELE – DEATH AND THE MAIDEN 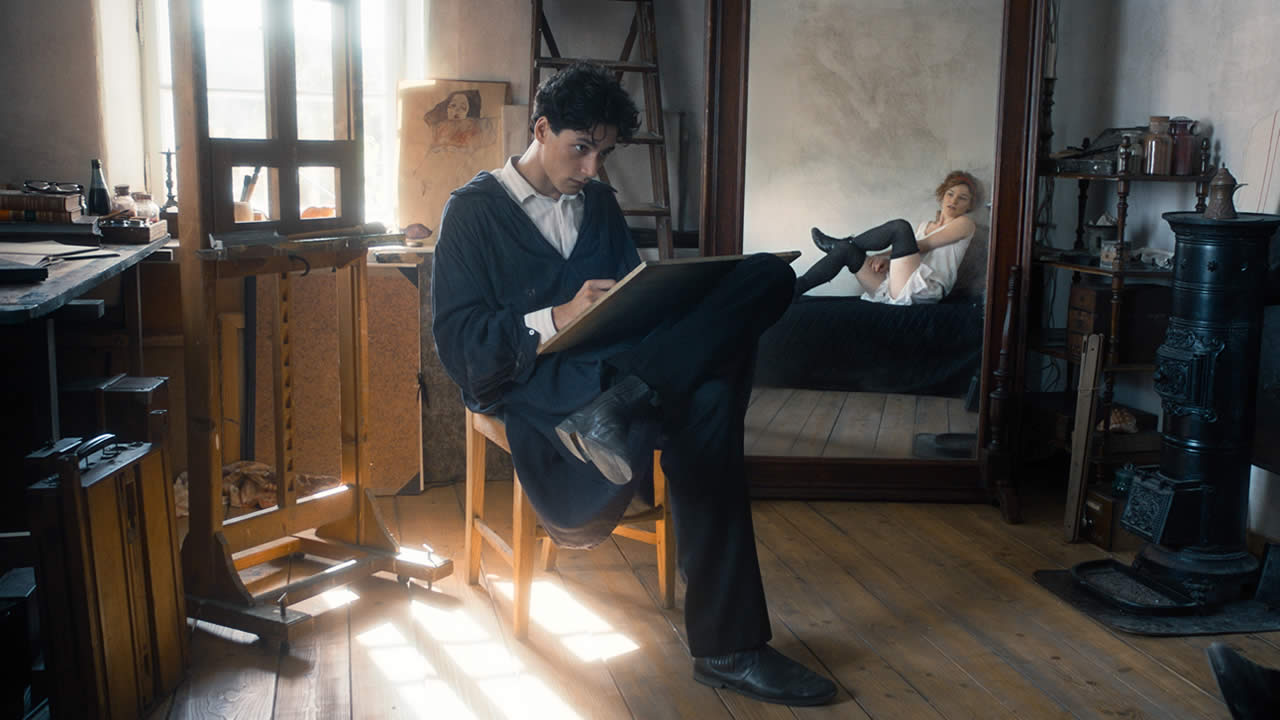 Vienna, early 20th century. With his original and erotically charged works, the young Egon Schiele is one of the most talked-about artists of his time. He lives passionately for his art which is inspired by beautiful women and the spirit of an ending era. His younger sister Gerti is his muse, but soon, and much to her dismay, other young girls are acting as models for him. When his artist friend Gustav Klimt introduces him to the red-headed Wally, the two are quickly bound by something more than merely the love of art. A stormy and sincere love affair begins, one which resurfaces henceforth throughout Schiele’s work and becomes immortal in his painting Death and the Maiden.