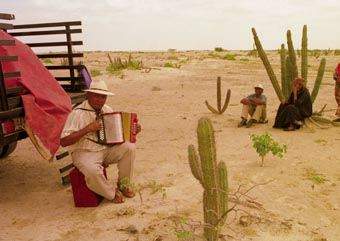 EL ACORDEÓN DEL DIABLO tells the story of Pacho Rada, the great old man of Caribbean music. It is the tale of a singer and composer who first played an accordion at the age of four and was never to let go of it again. A man who travelled around Colombia all his life, moving from village to village and from party to party, singing and playing for a few centavos.