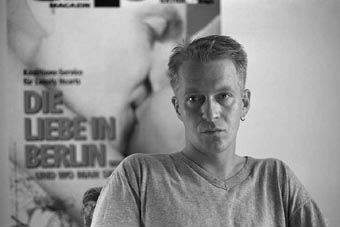 Six years after his spectactular break with the neo-nazi scene of which he was a leading agitator, Ingo Hasselbach is still trying to lead an ordinary life. The 31-year-old now works as a journalist in Berlin but is forced to publish under an alias and to live under cover.

ESCAPE TO LIFE – THE ERIKA AND KLAUS MANN STORYTAXI!