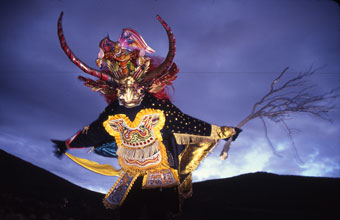 On Bolivia’s inland salt sea (the Salar de Uyuni), 13-year-old Kunturi and his family cut bricks of salt by hand, which they use to barter for goods. The Quecha people have lived and worked close to the land for centuries. It’s not an easy life, but one rich with friends and family. When Kunturi’s grandmother dies and his grandfather becomes weaker and weaker, his father decides to take his son on the almost four-month journey along the salt trail. As tragedy and joy commingle, Kunturi is forced to confront the complexities of adult life, including death, suffering and, most sweetly and powerfully of all, first love …