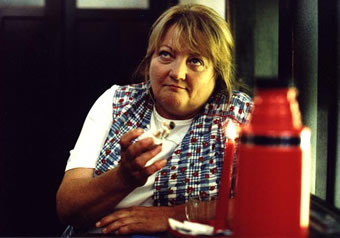 Clumsy, passive and totally inexperienced as he is, Micky stumbles from one precarious situation to the next. He is blackmailed and threatened. He flees into another man’s bed but that, too, ends disastrously. He is almost beaten to death by a “madwoman”. Then he is accused of murder and ends up in jail. The only person able to help him is Veronika, a toilet cleaner who’s also in danger of being crushed by her fate.