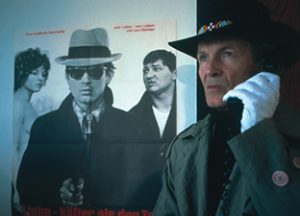 Though he never actually worked in Hollywood, Rainer Werner Fassbinder was influenced greatly by Amercian studio films of the 1950s and the convention of melodrama. With actor-turned-filmmaker Ulli Lommel as host and guide, the film conducts a tour of Hollywood today.