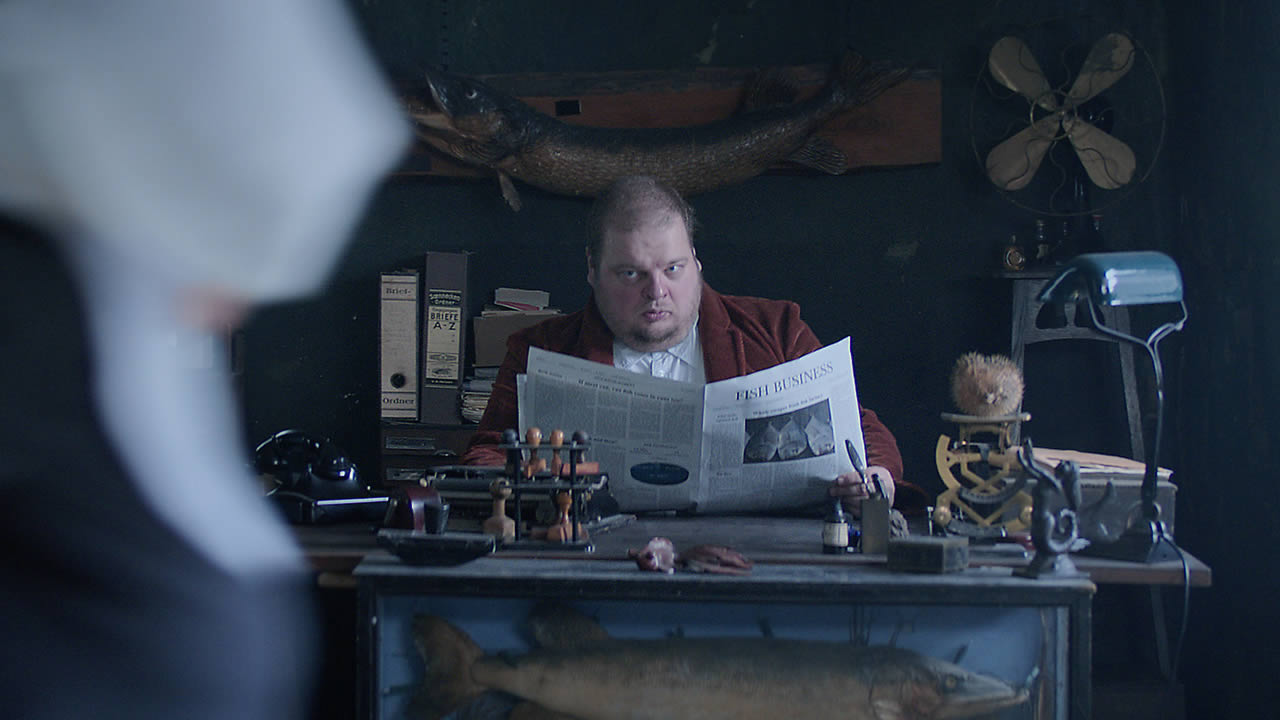 Once upon a time there was a man and a woman: Bubu and Lulu, two fish factory workers. Outside the factory they lived happily in a little house in the middle of a wild, gloomy forest. While Bubu was only interested in Lulu, the woman had various and changeable artistic ambitions. One day she painted, the next one she played cello. They lived in harmony – until a muscular, attractive stranger showed up at the fish factory.