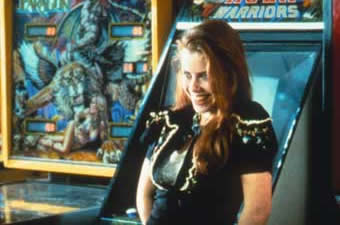 17-year-old Trudi is rebellious and very promiscuous, much to her mother’s dismay. Her younger and more hopeful sister, Shade, loses herself in campy Mexican movie romances and has a penchant for dressing up. Their mother, Nora, works as a waitress in a truck stop to raise her two daughters by herself in the small town of Laramie, New Mexico. While Shade tries to find a new mate for her mother, thinking that a husband and father will solve all their family’s problems, Trudy spends her time skipping high school, hanging out with boys and damaging her reputation. Eventually she falls in love with Dank, an English geologist who is sincere in his feelings for her. But then he mysteriously disappears, leaving Trudy pregnant. Nora has her own share of dead-end encounters with men, as does Shade …