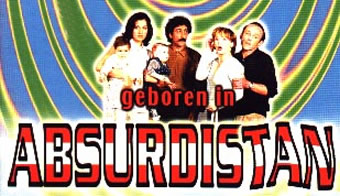 In a hospital in Vienna, the babies of an Austrian and a Turkish immigrant couple are mixed up by mistake. By the time the error comes to light, the Turkish family including their baby have been deported. In desperation, the Austrian couple follow the unsuspecting Turks to their native village, embarking on an adventurous search for baby Karli which leads them first to Istanbul und finally into a remote region of Turkey.