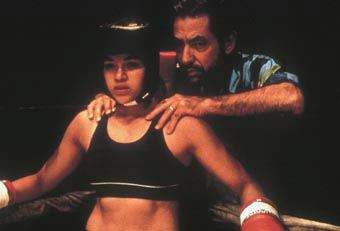 Trouble comes too easily for Diana. A sullen, brooding teenager, she spends her senior year in high school getting into fights with anyone who’s willing – and most are. Living in the Brooklyn projects of Red Hook, Diana feels she has nothing to lose by giving vent to her violent temper. At home, she protects her brother Tiny against their father Sandro whom she blames for her mother’s suicide and who in true macho-style wants to turn his son into a “real man”.

Sent on an errand for her father, one day Diana is introduced to the secret world of boxing and to Hector, a coach whom Sandro has paid to teach Tiny. In secret, she beings training with him at the gym – and relishes the work.