GRACE OF MY HEART 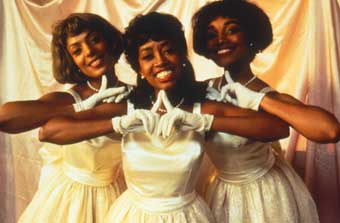 Philadelphia, 1958. A decade draws to its close, a new one begins. Edna Buxton goes to New York City hoping to become a famous singer. And in a business where people say a lot and promise even more, she meets a man, Joel Millner, for whom loyality and honour still have a meaning. Joel changes her name to Denise Waverly and gives her a tiny office with a piano and the chance to write the hits that turn musicians into stars and managers into millionaires. Denise writes like there’s no tomorrow. But soon she wants more than just to be the creative mind behind the songs, she dreams of singing herself – quite a risky undertaking in a time when the Beatles, the Beach Boys, the Stones and the Supremes are top of the charts …