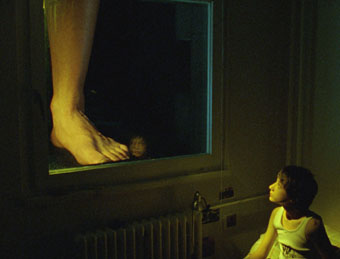 When Susanne busts through the doors of the maternity ward, she is completely unprepared and panics. In a flash of hysteria – labor pains are setting in – she experiences a revelation: she doesn’t need to worry, for the child is predestined.

Twelve years later, Susanne is looking forward to starting all over again in life. After a long abstinence, she’s hopeful for a functioning relationship again. But her son, who she thought was a genius following her revelation in the hospital, is having trouble at school, writing indecipherable essays, and his teacher suggests sending him to a special school. Susanne and Jonathan start cramming for the test of their lives.