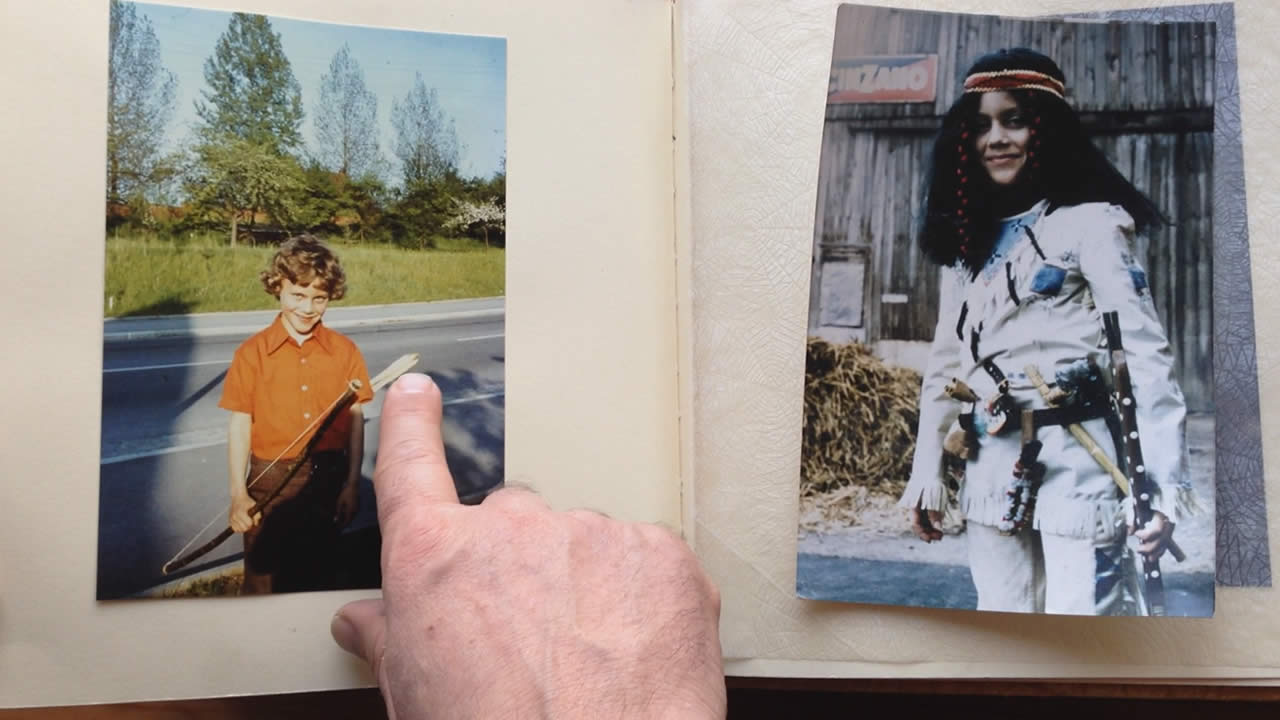 “I can read.” A sentence becomes script, becomes (in a broken foreign accent) language, becomes cinema. A family photo album is opened: that of the filmmaker who here, both privately and cinematically, looks back and leads, in the most unexpected of ranges, into a fascinating and dazzling mosaic of assocations, in bold jumps circling around the idea of “home” (and, typically, of course, the idea of “homelessness”).

The power and force of memory break out on autobiographical paths somewhere between document and fiction, including unused material from earlier films and projects. The locations and figures comply – film as a home – seemlessly into a universe ranging from intimate, subjective sequences to cold surveillance images. All the while orbiting around the big question: where does one come from, and where is one going.