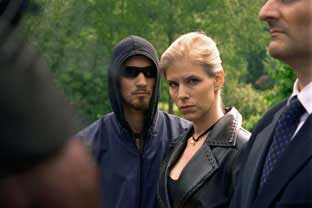 Steff’s humdrum life is turned upside down when he is named sole beneficiary in the will of his ex lover, Martin Hilder, known as Hilde. The prospect of coming into a lot of money all of a sudden makes his dream of running a business of his own a distinct possibility. He ignores Martin’s conditional wish for Steff to scatter his ashes in the Atlantic.

Steff wants the money, and so he has no qualms about making a deal with Martin’s mother: for a one-off payment the urn stays in the family vault. Things are looking good as far as Steff’s plans are concerned. But he hasn’t accounted for Rex – a young, aggressive and unpredictable character who’s determined to fulfill Hilde’s last wish …